A Day Filled With Gratitude

Yesterday I had my first book signing! What an exciting event, especially for a newbie like me. This is something that I looked forward to for nearly six months. Our friend, Matt, is owner and farm manager of the Blu By U blueberry farm in Jacksonville. At this farm, patrons are invited to come out and pick their own blueberries. Back in the beginning of November, Matt mentioned having a book signing when the farm opened for the season. At the time, Matt projected that the blueberry farm would open for the season in late April. So that’s what we were shooting for. But he said we’d have to play it by ear, as the blueberries began to ripen.

As time moved on, I began to prepare. I ordered copies of my books for folks to purchase if they didn’t already have one. And I ordered bookmarks to hand out as a free gift to those who stopped by. I also made a list of the things we would need – Table, Chairs, Books, Bookmarks, Pens to sign with, Sun screen, Sunglasses, Water, etc. And I created a Facebook event, inviting everyone I knew who lived in the area.

Finally in the beginning of April, Matt confirmed that the farm would open for the season on the twenty-seventh of April. It would be a fun day for the whole family. Not only would there be blueberry picking, but they also would have a butterfly exhibit, a petting zoo, corn hole, a sandbox for the kids, a food truck, and much more.

After much planning, the day finally arrived! And it was a fabulous day. If you read my first book, then you know that I find gratitude to be an important part of life. So last night, as the day was winding down, I wrote down all the things I was thankful for throughout the events of the day.

I was truly thankful for our friend, Matt, who coordinated the event, and invited me to participate in a book signing.

I was especially thankful for my husband, Mickey, my sister, Stacey, and my brother-in-law, Joe, who were by my side throughout the day. They helped load and unload the vehicle, get the table set up, greet guests, take pictures, and much more.

I was thankful that my sister has much more decorating talent than me. My table looked a bit drab under my own efforts. But my sister came along and magically transformed it into an elegant display.

I was thankful to the friends and family who came out yesterday. My nephew, his kids, and his girlfriend were among the visitors. The kids had a lot of fun playing and taking in all the attractions. I was especially appreciative considering it was my nephew’s birthday and he could’ve been doing a number of other things with his day.

Also, my husband and I were truly thankful to see some of our friends and their families, who we had not seen in many months. What a blessing to have friends who took time out of their weekend to visit with us!

The night before the event, my mother mentioned that it would be nice if I had a poster board to display the description of my books. I was thankful for the idea and for the fact that I was able to quickly put something together. I printed out the cover of each book, as well as the book descriptions found on Amazon. And my husband and I just so happened to have a poster board that we use for putting jigsaw puzzles together.

Matt also invited two other author friends of his. So I was thankful to make new friends yesterday.

I was thankful to the family member who babysat our pets. One of our dogs gets anxiety if we leave him alone for too long.

I was thankful for the beautiful weather. In Florida, there is often a chance of high temperatures and/or thunderstorms. But yesterday we had clear skies and started the morning off in the sixties. It was a beautiful day!

There were also a few prayer warriors on my side yesterday. My parents, my friend, Lorraine, and others were praying that all went well. And it did. Overall, it was a blessed day! With the Lord, my family, and my friends by my side, the day turned out to be a treasure!

Here are a few pictures from the day… 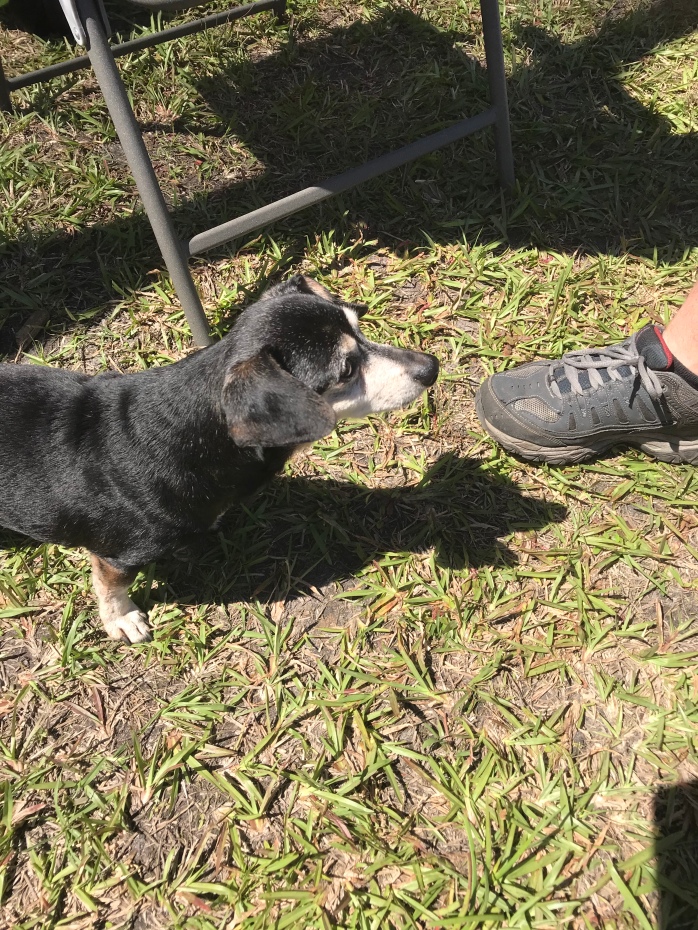 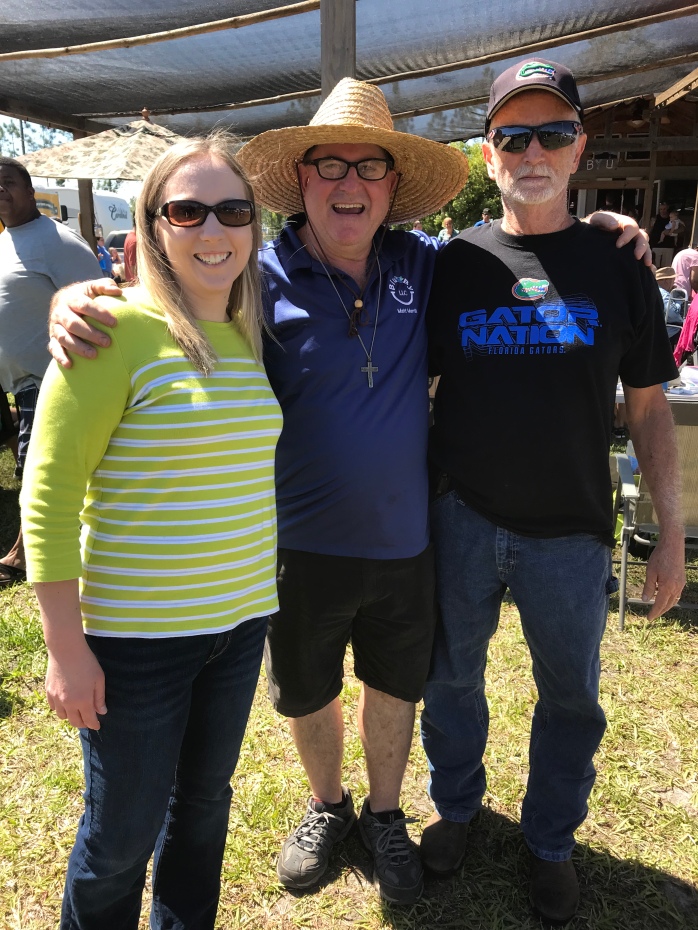 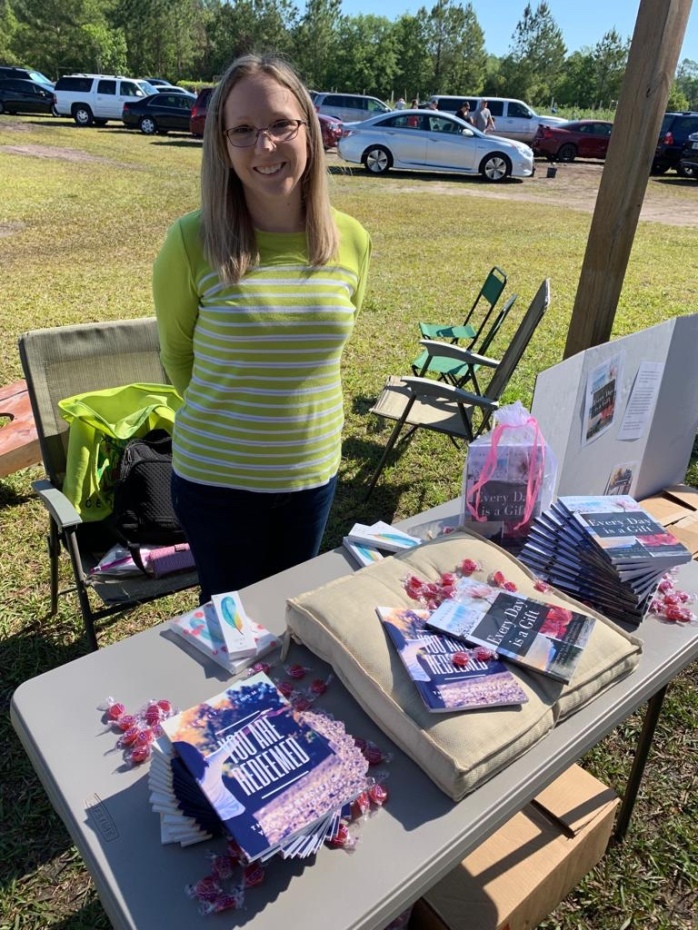 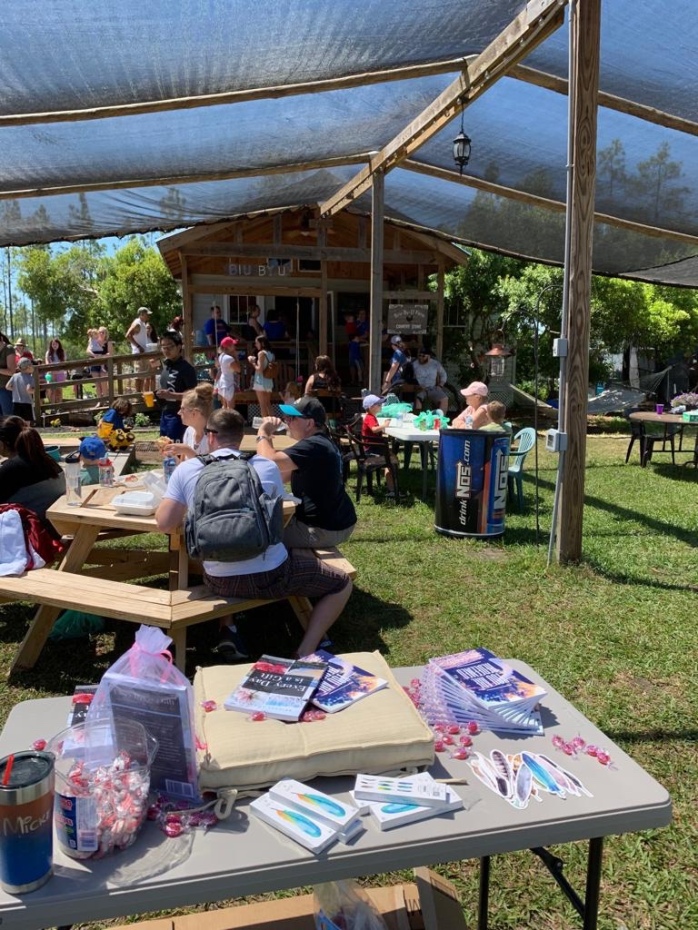 Category: WritingTags: Books, Every Day is a Gift, Gratitude, Reading, Thanksgiving, Writing, You Are Redeemed

7 Comments on “A Day Filled With Gratitude”